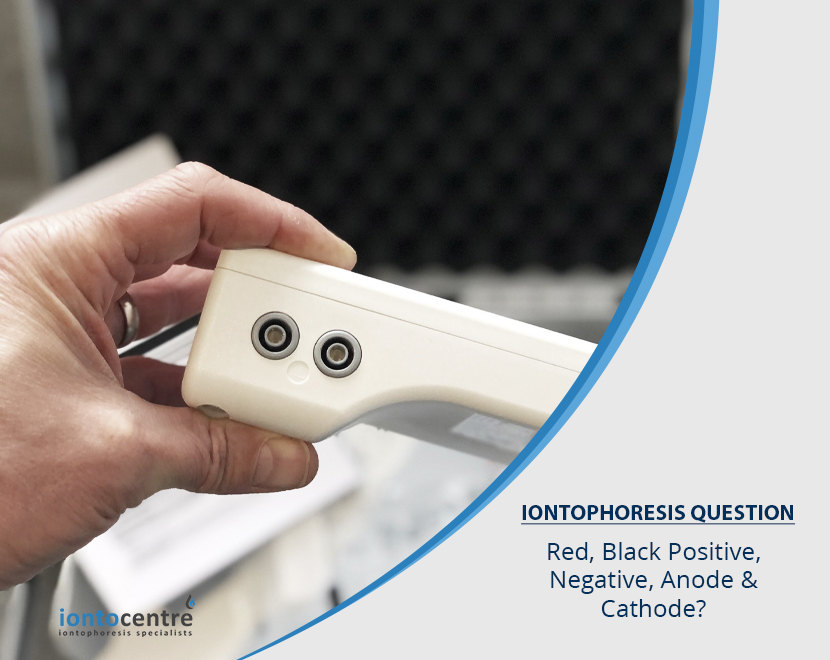 Like the title of this post indicates, it is fair to say that there is a fair bit of confusion surrounding the positive and negative cables and where they need to be in relation to your iontophoresis machine, and how this affects your treatment of Hyperhidrosis. It doesn’t help that each side can be referred to as either red or black, positive or negative or anode and cathode!

To help clear this up, the following explains which is which:

It also doesn’t help that previous Hidrex models, such as the Hidrex PSP1000 and the Hidrex GS400 were supplied with colour coded cables.

This colour coding allowed you to plug in the corresponding cables and know visually, which side of the body was being treated with the positive and negative sides. Knowing this information was important at that time as there was thought to be a slightly (in most cases unnoticeable) better response rate at the positive (Red +) side. This is because there is slightly more ionic activity on the positive anode so theoretically, if you only ever treated one side of the body with the positive side, you may find that side gains better results sooner.

In these instances, and for these machines, it was recommended to swap sides so that you can even up the responses and the general advice was to alternate which side was treated by the positive red or negative black side. There wasn’t too much emphasis placed on this switching action at that time, as this effect was not clinically proven – the evidence was purely anecdotal.

The current versions of Hidrex Iontophoresis machines do not contain colour coded cables, ports or electrodes.

However, recent actual studies have shown that the red positive anode side will respond better than the negative cathode on modern machines.

The current versions of Hidrex Iontophoresis machines do not contain colour coded cables, ports or electrodes. This is because the more advanced Hidrex ClassicION Iontophoresis device contains an automatic polarity switching feature, which will switch which direction the current flows, automatically halfway through your treatment. It is important to note that in general the direction of current flow has very little impact on treatment other than if you only treat one sided.

The Hidrex ClassicION does not have auto-polarity switching. To alternate which side of the body is being treated with the Positive Anode (+) please simply switch which hand or foot or underarm is on that side on your next treatment. For example, if you had you left foot in the trays with the (+) side on your next treatment day, swap to have the (+) on the right foot side.

The image below shows the rear of the ClassicION control panel:
The ports are labelled A and B.
Port A is the positive anode (+)
and port B is the negative cathode (-) 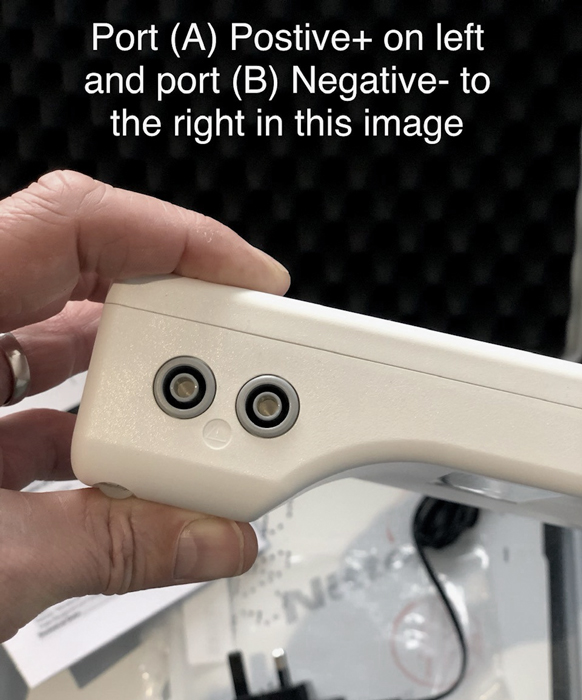 The ConnectION has automatic polarity switching.

When the feature is on, the machine will automatically power down half way through your treatment, alter the polarity and then power back up to your set power level. Patients should remain in the trays / connected to the iontophoresis machine during this action. Treatment will resume as normal from this mid-way treatment point.

You can read more information about automatic polarity switching here.

Thank you for reading.