You can switch the feature on or off by depressing both control buttons and holding for a few seconds.

When the feature is on, the machine will automatically power down half way through your treatment, alter the polarity and then power back up to your set power level. Patients should remain in the trays / connected to the iontophoresis machine during this action. Treatment will resume as normal from this mid-way treatment point.

In theory the direction of current flow has no impact on response rates in TWI Tap water Iontophoresis treatments. However, some patients in some instances, may encounter better results from the positive Anode side (either the left or right side) of the body if they only ever, or predominantly, treat that side with the anode electrode (therefore only performing with current flowing one way).

For this reason, we recommend that you set the feature to ‘on’ for treatments as this will even out response rates and prevent any imbalance with response.

The anode (red + positive, port A) electrode is slightly more active and can produce better results than the negative side. If this is the case you can turn polarity off and treat the wetter side with the positive electrode side only to bring this side to the same level of dryness. Alternatively if one side sweats more than the other you can switch off polarity and focus treatment on the wetter side. 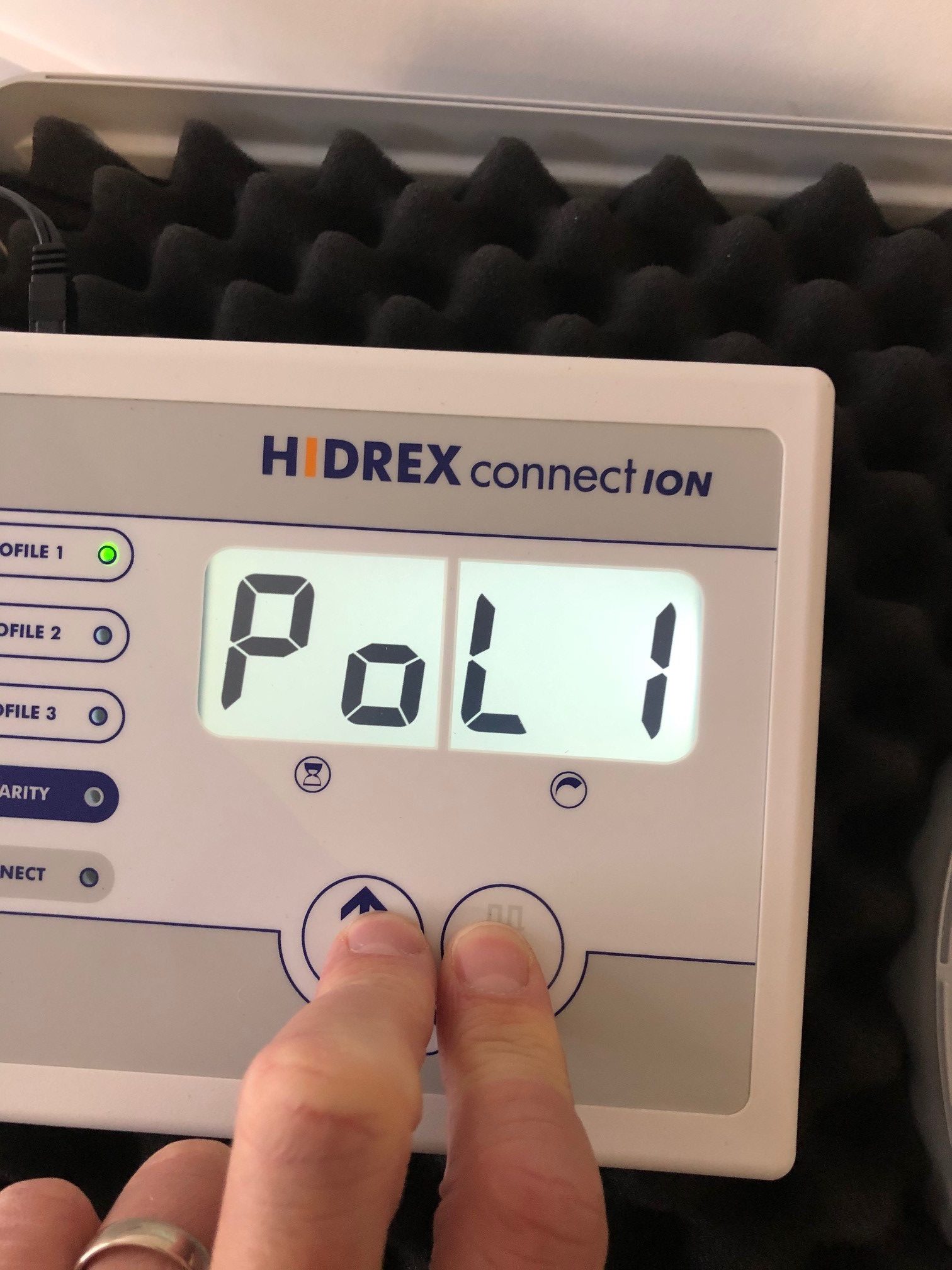 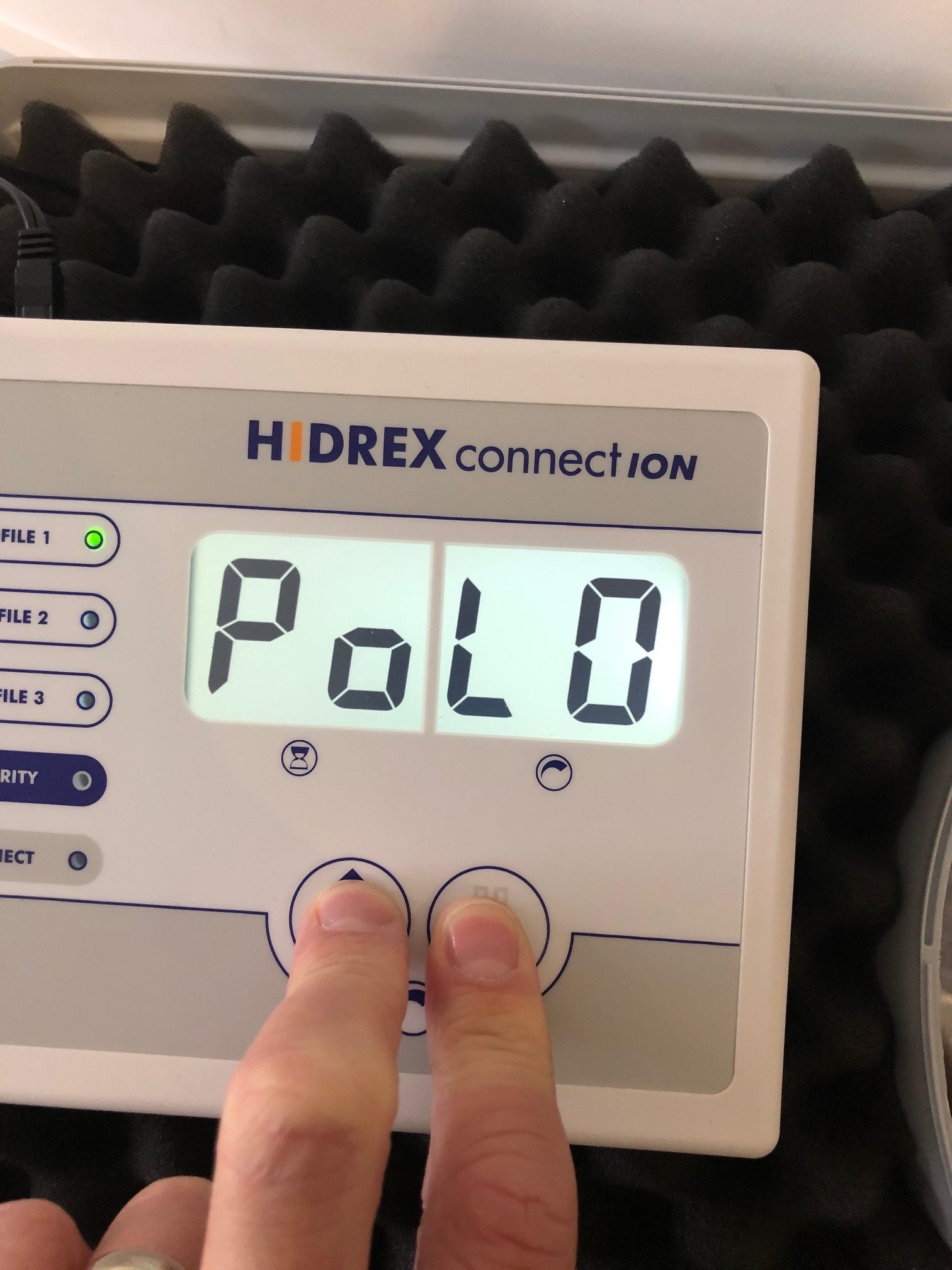 So, we recommend setting the machine to have Auto Polarity On for your iontophoresis treatments.

If you have the setting OFF and encounter greater levels of dryness on one side you can simply treat the wetter side with the Red + Positive electrode only for a few treatments. The positive electrode port is on the left hand side as you look at the rear of the control panel.

Once evened back up, switch the auto polarity back on to keep it even.